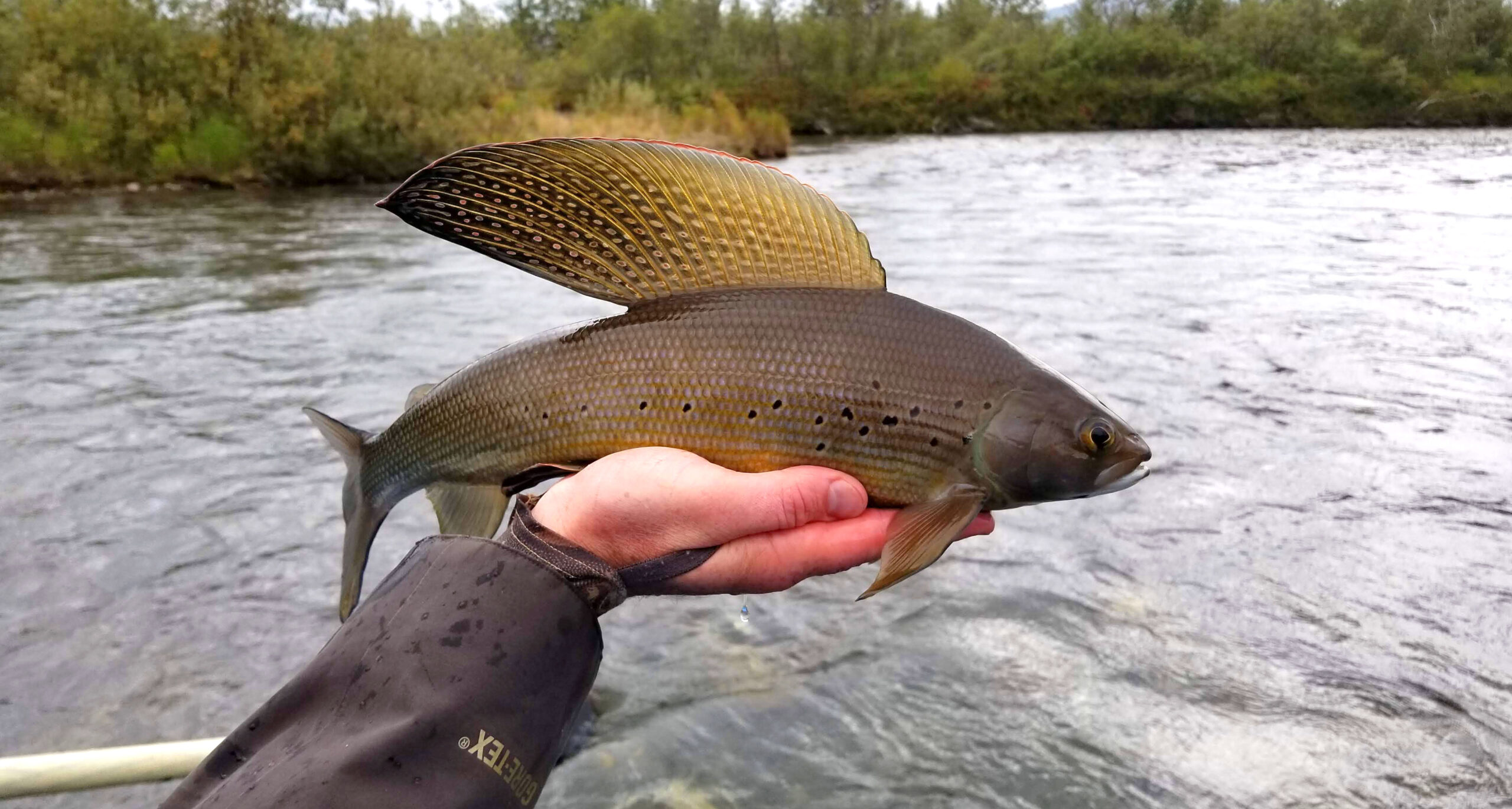 Arctic Grayling, with their distinctive sailfish-like dorsal fin, is perhaps the most striking of Alaskan game fish.  One of the few freshwater species with iridescence, this is one of the prettiest fish around. Found in all regions of the state, the arctic grayling is equally at home in lakes, small streams and big rivers. The grayling is available from April to November, with the peak fishing period being June through August.  The willingness of these fish to take almost any dry fly here in Alaska makes them a desirable fish, that being said we have seen grayling eat beads and smash a mouse or two! Most grayling average 8-14 inches and about 1 lb, but fish up to 24 inches and 4 lbs have been recorded. Feeding primarily on insects, the grayling offers one of the finest dry-fly fishing opportunities in Alaska with its decidedly un-picky feeding style.

Grayling can be the fly angler's dream fish, readily rising to dry flies regardless of the pattern. Other times, Alaska's grayling will be finicky eaters, refusing everything in the box and then some. Either way, they provide great sport for the angler equipped with 3, 4, or 5 weight setups.  By far the most common fly line choice for grayling is a weight forward floating line. Tapered 9-foot leaders terminating with 4X-5X tippet are generally sufficient. As previously mentioned, grayling are mostly insectivorous.  The fly box of the angler in-the-know will contain several iterations and life stages of mayflies, caddis flies, midges, and mosquitoes.  Make sure to have a selection of mice and beads on hand as well.  Grayling don't always eat mice, but the places they do, it is AWESOME. 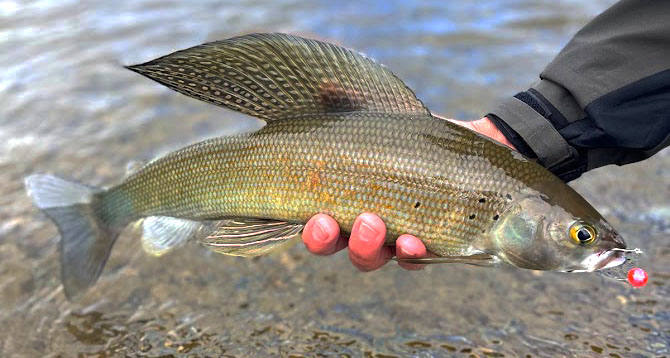 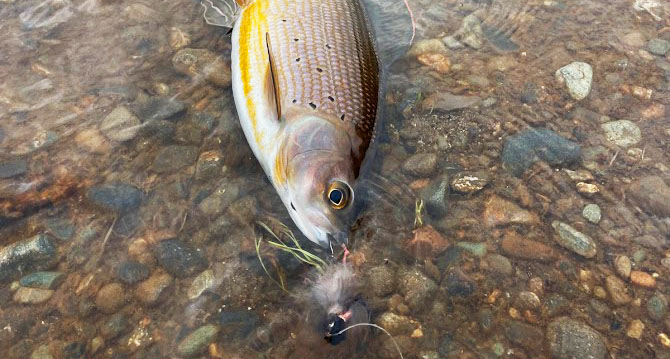 Good single hand rods for grayling range from short and light 7'6" 3 wts to the standard 9' 5wt.  The preferred rod is greatly influenced by not only where and how, but if the rod will double as an all-around trout rod, too.  Rods should be of medium to medium/fast action. Having the capability to mend line easily is essential to getting good drifts.  Grayling are often referred to as "dry fly dumb".   They will often eat whatever is offered to them. There are times, however, when grayling do get picky. Having a rod delicate enough to protect lighter tippets and present a fly delicately are key in this instance.

Reels for arctic grayling don't see the abuse a saltwater reel does.  In this case, cast aluminum reels with light drags offer a cheaper option when used in freshwater.  The corrosion isn't an issue and blistering runs won't be occurring.  It is still a good idea to get a large enough reel for 100yds of backing and it should have adequate drag.  Depending on the time of year, you potentially have a chance at catching something much bigger than a grayling.

When targeting grayling you will almost always be using a WF floating fly line.  Generally, you won't need a line to turn over large or weighted flies.  Lines designed to load short, and land gently will keep you covered in most situations in Alaska.  Delicate presentations are never a bad thing, but unless you are fishing a high traffic area you won't need to turn over 10ft of 5x and make it land without a ripple. *Pro Tip- Don't bother fishing 5x*

The arctic grayling's diet greatly varies depending on the time of year, location and food abundance. They will eat everything from small midges, snails and nymphs to salmon eggs and terrestrials. It is not unusual for grayling to take mouse patterns that are much too large to fit into their tiny mouths.  A nice selection of dries and nymphs is always recommended as are small crystal buggers and leech patterns. In late summer, be sure to have a few egg patterns, flesh and beads if there will be spawning salmon present.

If you have any questions about fly fishing for Arctic Grayling in Alaska, feel free to contact us or call the shop at 907-586-1550.

Entire road system as well as a blow up of the Mendenhall Valley.